Fionna and Syd walk to Valencia and beyond | Lizzie's Barn Sanctuary 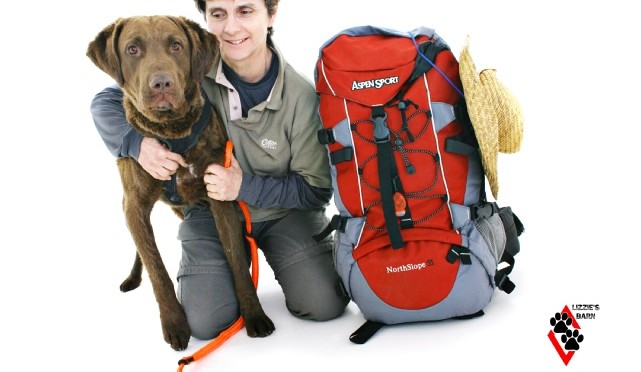 Having had to abandon our walk last year, & return early due to one of the Sanctuary’s workers breaking his hip, leaving them understaffed. Syd & I can now announce that we are planning stage two of our epic walk.

We will be travelling back to France towards the end of May & will park up not far from our finish, at the lovely Twilight  old dog Sanctuary, ( http://www.twilightchiens.com/ ) in St Paul La Roche, in the North of the Dordogne.

From there,  we will continue our  walk to Valencia. and then we are going to continue our walk through Spain to Andalusia, visiting some rescues along the way.

Preparations are in earnest now, kit is being checked, routes planned & we are doing lots & lots of extra walking – much to Syds absolute delight. I will post an outline of our planned route, and stops as it becomes clearer, and our excitement settles, we simply cant wait!!

On 7th April 2014 Fionna Ashman, Canine Behaviourist, Founder and Director  of Lizzie’s Barn Sanctuary in Kidwelly, Wales, an independently run dog rehabilitation and rescue founded in 1993, will be setting off on an epic journey with her dog, Syd, a Chesapeake Bay Retriever. To raise funds for the Sanctuary, as well as highlighting the plight of animals, in particular dogs, in many parts of mainland Europe.

Equipped with just a backpack, tent and the bare essentials for human and dog they will be relying on the support and goodwill of local people along the way. Their journey will take them from the Sanctuary in Wales down through the South West of England to Portsmouth, then they have a ride across the channel to Normandy, where they will rest for a few days & then resume their walk through France, into Spain, and to the new S.C.A.N shelter in El Verger in Valencia, (http://www.scancostablanca.com) where the walk will finish.

There is a map here so you can follow her progress each day.

S.C.A.N will be marking the end of the walk with a celebration, with other Spanish Rescues invited to attend The reason for doing this walk, other than raising funds through sponsorship for Lizzie’s Barn Sanctuary, is to raise awareness of the increasing problem of strays, and cruel treatment towards dogs in many European countries, something that many are now becoming aware of with items appearing more and more on Social media, and worldwide press coverage. The plight of the Sochi Olympic stadium dogs, the street / stray dogs in Romania and Bulgaria, and the dogs and puppies dumped almost daily in and by the rubbish bins in parts of Spain being good example of these. Fionna says; “From my work with stray, & owned dogs, in many parts of Europe it has become apparent that religious attitudes & interpretations are often a stumbling block for change. A major issue has to be the widely held opinion that we must not interfere with procreation, on religious grounds. Offers for the provision of free neutering clinics have even been rejected on these grounds. Even though its openly accepted that reducing breeding would be a good long term solution to many of the problems we are seeing. I would like to invite individuals, professionals and officials to look at traditional ways of keeping their dogs, and to question any welfare implications for themselves. To invite thought and discussion about alternatives that may be more humane. To do this I must seek to understand their point of view, and to invite discussion, rather than preach at them. By understanding  ideas and beliefs better, I aim to use that knowledge to guide me in encouraging change”.

If you would like to sponsor Fionna and Syd you can do so by contacting us via  email – [email protected] or via our FaceBook Page.

They are are also looking for financial sponsorship towards the cost of equipment such as gps/satellite tracker, lightweight tent, sleeping bags & pads, clothing, food etc. For more information please contact Fionna at- [email protected]