We have some great walking days & seen some lovely countryside. The old buildings are amazing & the height of some of the town walls is incredible. 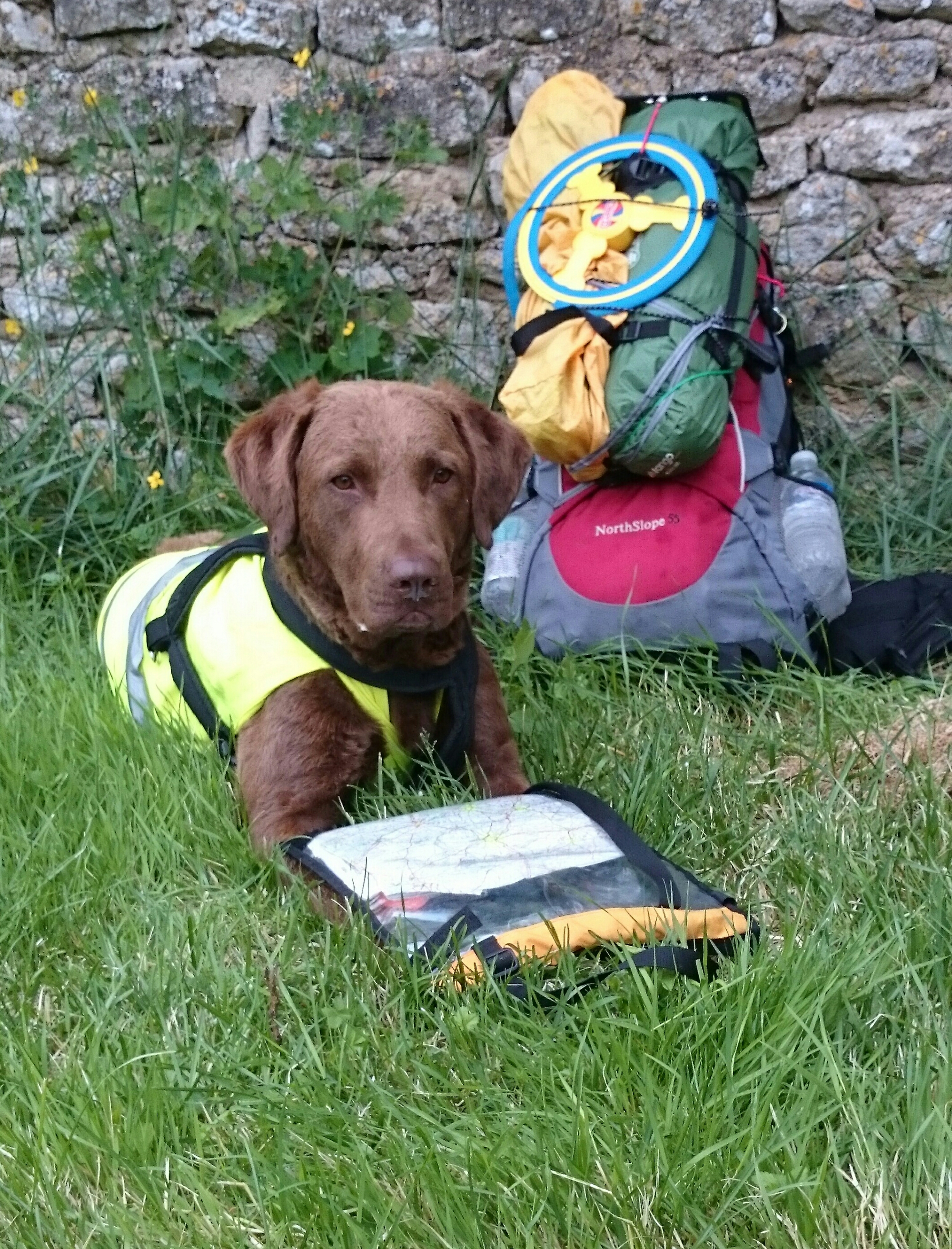 The weather hasn’t been as sunny, but at least that means it’s not too hot walking. Syd continues to love our new lifestyle, especially the swimming multiple times a day. I must admit though I do get a bit anxious when the dog food gets low, about finding a place to get more. I could really do with a few contacts to pick up food & meet us with it.
We met up with a real pilgrim, with a real live donkey, yesterday & have enjoyed walking together. Syd & Pepita, the donkey have struck up a friendship ( apparently Pepita doesn’t like dogs, so Syd is honoured.
We took turns holding each others, animals to visit a shop in Airvault, Syd howled until I returned, many people from the village ran to see what was going on- & laughed when they saw the greeting I got. I’ d only been to buy a couple of maps.
We did generally create quite a stir going through tiny narrow streets, many people had their front doors open so had a bit of a shock seeing us go past. One man had to be called to move his motorbike so we could get past, his wife said he called her nuts when she said to move the bike, a donkey can’t get past! Oh & his Staffie ran out to see us, wow what a handsome, cuddly blue boy he was

We had some fun & got very wet persuading Pepita to cross rivers & bridges. Syd gallantly swam to & fro & beside her to show it was safe. He also removed, by diving to the bottom, all snake & serpent  resembling sticks to make the crossings safe.
On the high bridge (20′ high) he was off lead, he chose to walk right beside her, at her very slow reluctant donkey pace, demonstrating that the river monster wouldn’t snatch her through the gaps in the slats. I’m so proud of my boy.
I’m afraid pictures are on my camera, I will upload them when I can.
Keeping the phone, camera  & my Kindle charged remains a challenge, hence my occasional silences.
Today we have set up camp for the night in Saint Loup de Thouet in Deux-Sevres.
Tomorrow?  Who knows, another day,  another adventure.